An evening at the Arena di Verona. Madama Butterfly and the delusion of love

Spending an evening at the Arena di Verona to attend the opera is a deeply fascinating experience, whether you are a true opera fans or you simply wish to enjoy a special evening.

Going to the Arena does not mean just seeing an opera, it’s much more: it’s pure emotion.

As for every important occasion, excitement already begins in anticipation …looking at the sky to see if it will remain clear, read again the libretto to review the opera’s plot, head to Piazza Brà, where the ancient amphitheater dominates.

There is still a bit to the beginning of the show, just the time to stroll around the Arena, observing the historical buildings that surround it and wander among the other shows scenographies.

The lyric season includes a calendar where different operas alternate throughout the summer.

Therefore it’s a continuous mounting and dismounting, building and breaking down again in order to leave room to the next show.

So in the back of the theater many small worlds are tidily stuffed, from the Renaissance Mantova of Rigoletto to the ancient Egypt of Aida.

Everything must be ready for a fast use, the Arena machine never stops.

an evening at the Arena di Verona

It’s time to enter, the first gong has already rung, it’s the signal that the representation is about to begin.

You enter through the characteristic arcovoli, suddenly finding yourselves in the center of the theater, between lights, people who seek their place, hostess and that electrifying chaos that precedes the show.

But the first real show probably has already begun: it’s the Arena itself.

Its crowded bleachers, the highest arches – the so-called wing of the outer ring – still heated by the last rays of sun, the elegant parterre, the festive atmosphere.

Third gong. The lights on the public turn off. The conductor enters the stage and the performance begins.

Tonight the Madama Butterfly is on stage. We are in the Early 20th-Century Japan.

Now is a triumph of extras that move harmoniously on the huge stage, with the marvelous costumes of the Oscar winner Emi Wada.

The geishas, dressed by the Japanese costume designer with precious traditional dresses, move in small steps and make their golden umbrellas swirling.

It’s the arrival on the scene of Butterfly, very young bride, fooling herself that her Pinkerton, lieutenant in the United States Navy, will love her forever.

How can we not feel tenderness for that young woman imploring his beloved with such sweet words:

Love me with a little love,
a child-like love,
the kind that suits me.

She is the protagonist, not only for her catalyzing presence on stage, but also at a most intimate level, for the empathy she produces in the audience.

Her illusion of love raises tenderness, “she believes in them”, she believes that one day he will come back.

One good day, we will see
Arising a strand of smoke
Over the far horizon on the sea
And then the ship appears
And then the ship is white
It enters into the port, it rumbles its salute.
Do you see it? He is coming!

But the beloved will return with an unpleasant news: a new American wife accompanies him and the two are planning to steal the son that Butterfly gave birth to.

The scenes occur one after the other, by now the audience is enchanted by the tale, and here comes the night, the sky turns blue and a bright full moon rises just behind the stage, like a twist expected from scenography.

The conductor’s fluid and measured movements seem like they want to respect the intimate tone of the performance, following in a crescendo the overwhelming Butterfly’s pain, as she leans toward the public in her kimono that moves  for the gentle evening breeze.

Finally the tragedy is fulfilled, Butterfly sacrifice her life doing harakiri for the sake of her child, just as Pinkerton arrives, probably regretful and still in love with her.

A moment of silence, then the entire audience stands up and a round of applause lights up the Arena …a success.

It’s time to return to the real time, leave this unique scenery, that has given us so much emotion.

This is the magic of the theater, the charm of this place survived centuries of history, the strength of the shared emotion, the Italian enchantment of the opera.

Outside the Arena there is a palpable vibration, and it’s nice that everyone could enjoy this kind of experience: there’s not only the red carpet, there are not only the connoisseurs, there are also foreign and Italian tourists of all ages, who tomorrow will have a magical evening to tell.

And perhaps returning to their homes they will surprise themselves to intone the opera most famous aria, and a smile will appear on their face, a smile load of memories.

One good day, we will see…

| Thanks to Fondazione Arena di Verona for their kind hospitality |

… Leave your comments on our Facebook page  https://www.facebook.com/thestylelovers/ and join The Style Lovers awesome community!

Visiting the Postojna Cave Park. The charm of the subsoil 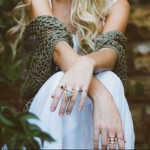